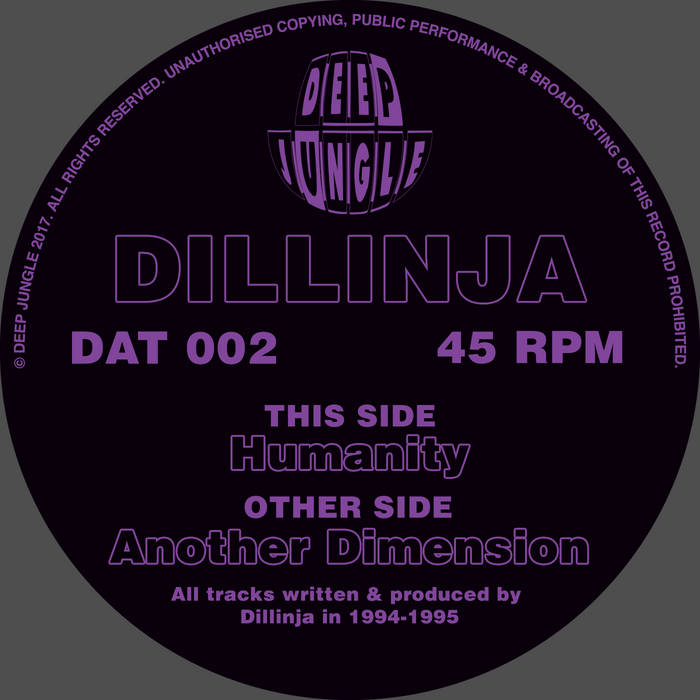 Deep Jungle finally makes its return from dormancy with the first in a series of vinyl releases that will be showcasing some of the 90's long lost treasures. This first release back sees two unreleased mid nineties gems from none other than the mighty Dillinja!! Both tracks are sourced from the original DAT tapes and they have been mastered by the grand master Simon @ The Exchange, a true mastering wizard and someone who has engineered some of the most respected releases to date.

The A side "Another Dimension", originally from 1994, shows us Dillinja's softer melodic side on the intro, before unleashing the Reese danger on the drop.